Udaipur (The city of lakes) is located around azure water lakes and is surrounded by lush green hills of Aravallis. One of the most beautiful tourist destination, The Lake Palace is located in the middle of Lake Pichola. Udaipur is also home to the second largest man-made lake in Asia, i.e Jaisamand Lake. Also, the City Palace and  Monsoon Palace adds architectural beauty to the city.

A perfect blend of Rajasthani, European, Mughal and Chinese architecture… the City Palace is a great example of a graceful architectural work in Udaipur.  One of the most beautiful palaces in Rajasthan, The City Palace was built in the 16th century by Maharana Udai Singh. Today The Palace holds a complex structure with gateways, towers, gardens, balconies and leftover of colored glass. The Shambhu Niwas and the Fateh Prakash Palace, are the two Royal hotels in Rajasthan which are located inside the City Palace. These two Hotels are added later to the complex. There are many other attractions to visit in the city Palace like the museum, temples of Lord Shiva, Lord Krishna and Meera Bai.

Lake Palace (Jag Niwas) was built between 1743 and 1746. It is a marble masterpiece built by Maharana Jagat Singh II. During the Indian Sepoy Mutiny in 1857, the Lake Palace was also safe house of the British army. Now a days, Jag Niwas is a famous tourist place in Udaipur and pays a lot in the tourism industry of India. In 1971, this property was taken over by the Taj Group of Hotels and Resorts. After restoration, the property presented with Royal designed 83 rooms, recreational centers, restaurants, business centers and pools. Because of its scenic location Today, The Lake Palace is the most luxury hotel in India. 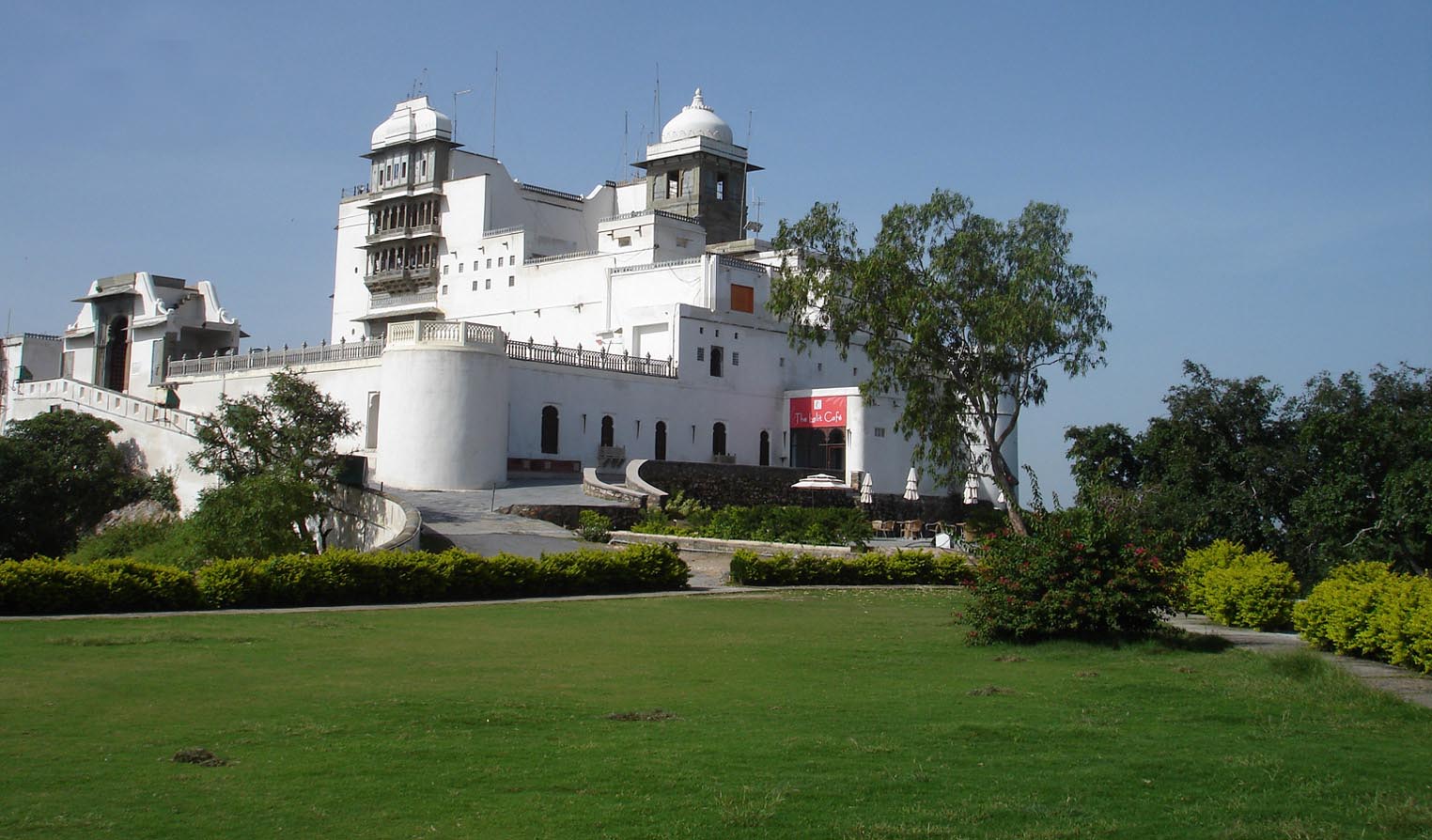 One of the most visited tourist attraction in Rajasthan overlooking the lake Fateh Sagar. It was built by Maharana Sajjan Singh in 1884, and later on expanded by Maharana Fateh Singh. It is a great architecture of marble & masonry. Monsoon Palace is beautifully designed with exquisitely shaped facades, marble pillars and a spacious court. It represents a Rajasthani style of architecture with fountains, domes and jharokhas.  Initially it was built to keep track of the monsoon clouds in the area as for wheather forecasting.

The museum in is located in the Chetak Circle in Udaipur. It is a ideal place for the history lovers as it exhibit a traditional collection of Rajasthani art & culture. The museum offers an traditional look into the lifestyle of the royal era in Udaipur, the museum has a traditional collection of dresses, turbans, tribal jewelry, dolls, musical instruments, masks, paintings, and puppets, which are the point of attraction of the museum.

Kumbhalgarh Fort was built by Rana Kumbha in the 15th century. It is 2 hrs drive away from Udaipur. The Fort is truly majestic, after Chittorgarh fort, it is believed as the most influential fort of the Mewar kingdom.  It is believed that the Great warrior Maharana Pratap was born here. Kumbhalgarh Fort is another vacation destination in Udaipur that one must not miss out. Besides the Fort, you can also visit Haldighati where the great battle involving Maharana Pratap took place.

Lake Pichola is a 4 kms long man-made lake in Udaipur.  One cannot miss out a boat ride on Lake Pichola which starts from Rameshwar Ghat. The lake has two renowned islands, Jag Niwas and Jag Mandir. At Jag Niwas Island tourists can also visit another tourist place in Udaipur – the Lake Palace, whereas on Jagmandir Island, one can visit the famous Jag Mandir, the palace.

The Lake is located in the north of Lake Pichola and is connected to it through a canal. Udaipur tour is incomplete without visiting Fateh Sagar Lake. Its a major tourist place in Udaipur. Ride a boat in Lake is a must-do activity in the city. There are three islands situated in the lake out of which Nehru Park is the most popular place. Fateh Sagar Lake is also an ideal place for the family tour.

It is one of the largest artificial lake in India and about 48 kms away from Udaipur. Jaisamand Lake, was built by Maharana Jai Singh in 1685 . It has an area of 36 sq km. The dam on this lake is the major attraction as it is about 1202 feet in length, 70 feet in width and 116 feet in height at the bottom. Another major attraction over there is the Shiva Temple. The lake is the ideal place for family tours and couples.