Begusarai is a wonderful place and the industrial capital of Bihar. The place derived its name from ‘Begum’ and ‘Sarai’, which means queen and shelter. The Queen of Bhagalpur used to come on the banks of the holy river Ganga for a journey, which derived the name of the city.
Begusarai is Rich in history and plenty of temples & monuments, wonderful landscape around, Begusarai offers many tourist spots for tourists to explore.

The top 5 places to visit in Begusarai are mentioned below. The Kanwar Lake Bird Sanctuary is situated about 22 km from Begusarai Town. It is also famous as the Kanwar Taal, it is a freshwater U shaped man made lake created by turning Burhi Gandak River. It is spread over an area of 67.5 square km. Initially it was established in 1987 as a protected area, The Kanwar Lake provides an impressive nest for a number of floral and faunal species.

This government museum was built in 1981, houses physical evidence that represents the cultural history of Begusarai. Stone sculptures of Lord Ganesha, Sun God, Lord Buddha and Lord Vishnu etc. can be seen here. You can see the treasured coins from the period of Mauryan Rule and the British Era in India in the museum. Other attractions include manuscripts, terracotta and pottery specimens. The temple is situated in the center of the Begusarai, the temple is furnished with excellent paintings and sculptures on its walls. The temple got its name “Naulakha” that means 9 Lacs, it was the actual cost spent in the wordpress construction of the temple. Naulakha temple was built in 17th century by Mahanth Deer Das. The temple is decorated with glittering jewelry and beautiful clothes. Hundreds of devotees’ visit here to for blessings and to pray for their good fortune and long life.

The temple is situated in Manjhaul village of Begusarai, Bihar. It is also called as Shakti Peeth, Jaimangal Garh temple is an amazing example of heritage and architecture. The temple belongs to the Pali era and houses an statue of Lord Vishnu. It is believed that, in the olden times black magic was treated here. The Kanwar Lake lies beside the temple complex. The village also has a big market area and is an important place for commercial activities and education. 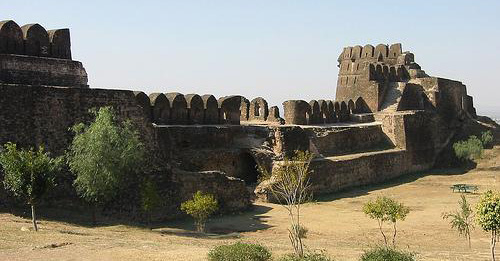 Ajatshatru fort is a famous tourist attraction in Begusarai. Its name derived from the name of king of Magadha, Ajatashatru who built it in the 6th century. The king was known as powerful king ever rule over Magadha. He was the follower of both Jain and Buddhist religions. He built Pataliputra (Patna), the capital of Bihar. The king died in 461 BC. The fort has a high historical importance but nowadays fort is mostly in ruins.

Begusarai also have many other tourist atractions like Simaria Ghat and Jai Mangla Temple. The district  is majorly depends on agriculture but also has industries for energy production, refinery, and fertilizers. It was the center of Indigo production and marketing under British Rule. This beautiful town is a must visit, especially during winter months, for a more pleasant stay.