The majority of us are unaware that Udaipur is also popular for its temples. These temples are visited by a hung number of tourists annually. Various travelers visit these temples daily. The energetic and astounding historical background district of Mewar reveals that among these temples were established by the emperors of Mewar dynasty. All through the history; the emperors of Mewar had showcased a mixture of spirituality and courage. These are 8 popular temples of Udaipur.

Eklingji Temple is the most popular pilgrimage destination of Rajasthan and is situated in the town of Eklingji (Kailashpuri). Eklingji Temple located at 22 kms away from Udaipur. The Temple was initially established in 734 A.D. by Bappa Rawal, the then King Udaipur. Inside the temple there are various pillared hall or ‘mandap’ and on entering the hall one can see a silver picture of Nandi.

Jagdish Temple is one of the most famous Hindu temple which is great massive in size and is located in the middle of the Udaipur city in the state of Rajasthan. Jagdish temple is the great tourist attraction which is also famous as the temple of Jagannath Rai but is presently known as the temple of Jagdish Ji.

Bohra Ganesh Ji around 350 years old temple and is devoted to Lord Ganesh. It is one of the popular temples of Udaipur is which is situated on Bohra Ganesh Road, close to the Mohanlal Sukhadia University and also near to the Ahar Museum Dhoolkot. 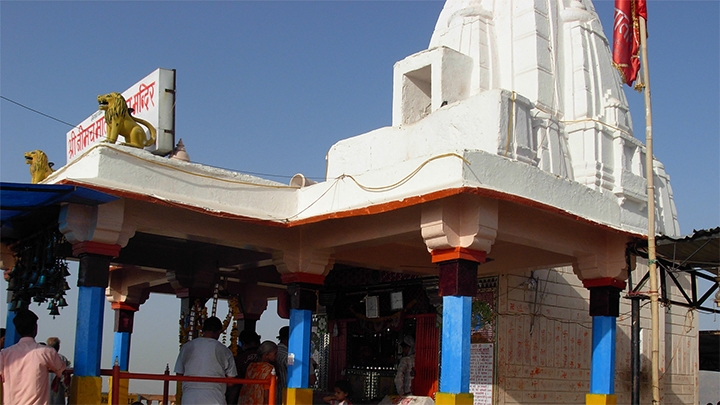 This temple is devoted to Neemach Mata Devi. Neemach Mata is a most popular temple in Udaipur and is located on the top of a green hill close to Fateh Sagar Lake. People here believe that those who come here daily and offer their worship never get any skin ailments due to the strong religious spirit of the neem tree. Thousands of devotees and travelers visit the Neemach Mata temple each year.

Shrinathji temple is situated at Nathdwara, which is approx 50 km’s from Udaipur city and it is also termed as the gateway to Lord Shrinath Ji. The temple was established in the 17th century and owes a great story behind it.

It is due to the best reference of the Mewar ruler that there are quite a few popular abodes of the Goddess in the region. One of them is the well-known Ambamata Temple in Udaipur. The appearance of Amba Mata in Udaipur is considered to be the miracle. It is trusted that the original abode of the goddess is at Arasur in the Arbud Hills.