Situated on the banks of the Sabarmati river, the city of Ahmedabad or Amdavad is a living symbol of the rich cultural and traditional heritage of Gujarat. The journey starts from the ancient locations of Ashaval and Karnavati to the present day Ahmedabad is altered by several religions, dynasties and traditions. 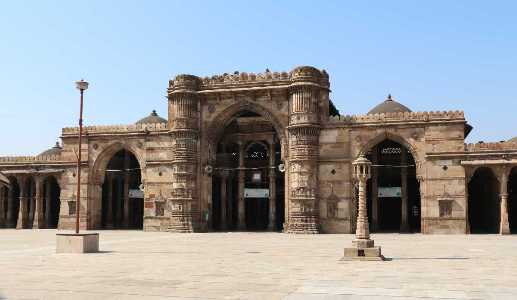 Jumma Masjid is Situated on Mahatma Gandhi Road, and is one of the finest planned architecture found in the city. Also called Jama Masjid, this mosque was built in 1423 by Sultan Ahmed Shah. It is believed that this yellow sandstone mosque was built by using pieces from the vandalized Jain and Hindu temples. Jama Masjid has 260 pillars that are covered with carvings and the interior of the shrine is illuminated by natural lights that filter through latticework screens. 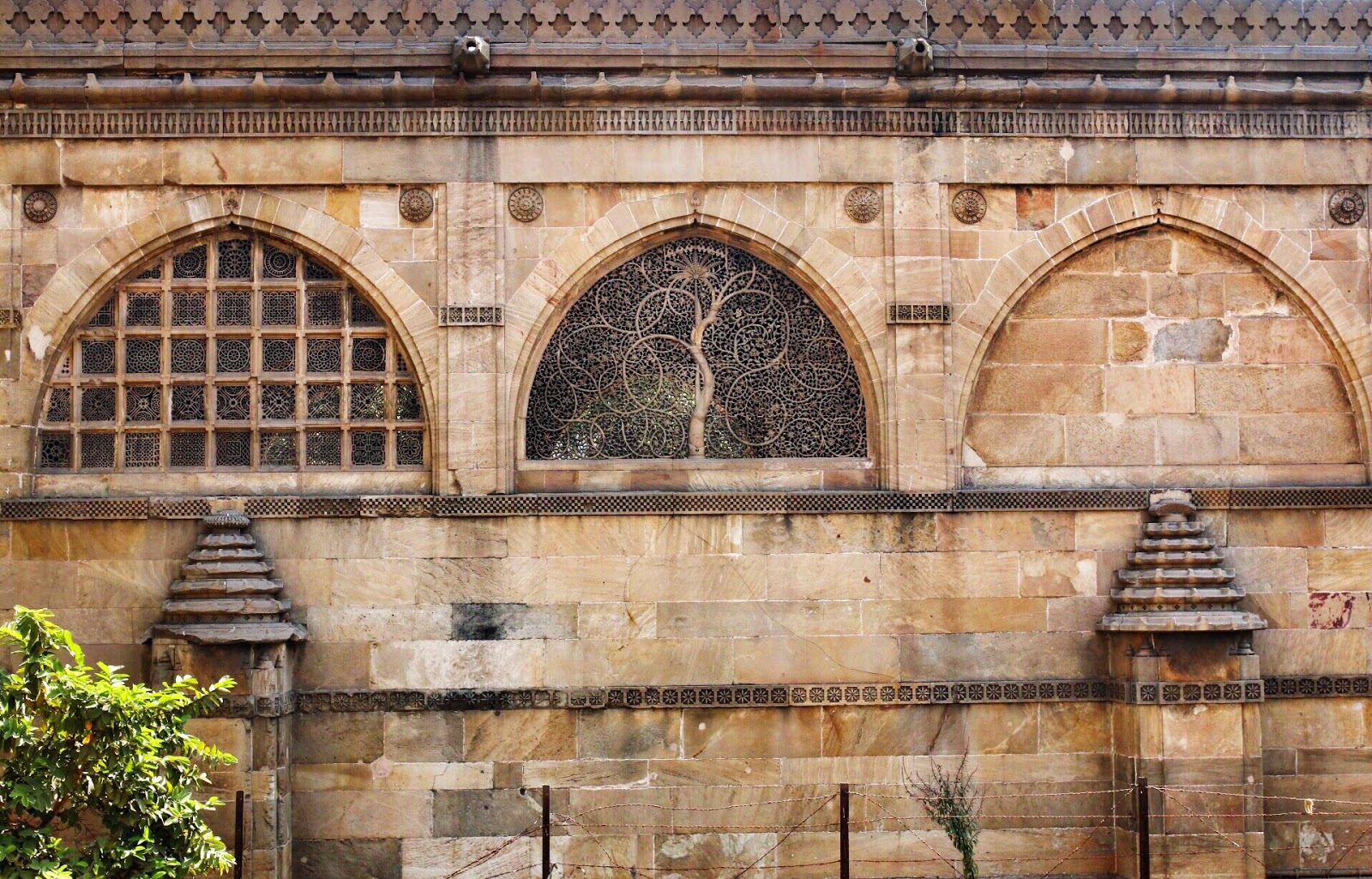 Siddi Sayed Mosque is one of the most amazing monuments in Ahmedabad. It is located in the upper east corner of Bhadra Fort and is famous for its latticework over the yellow sandstone. The major feature of this mosque is the twin jails on the western wall that depicts intertwining of tree branches. The carving is well appreciated as it has been done with excellent delicacy. 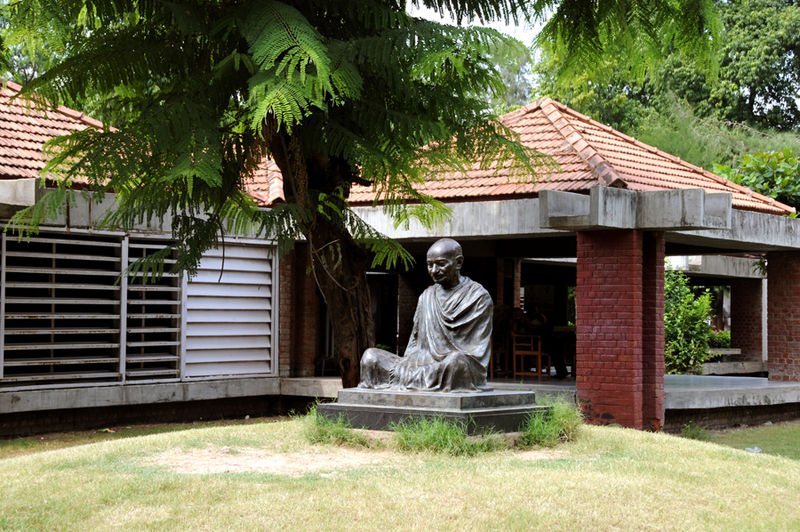 It is also called as the second home of Mahatma Gandhi. The place is historically significant as it is known as that it was the place from where Gandhi ji organized the final struggle for independence. At Sabarmati Ashram one can visit his cottage called the Hriday Ashram, which is maintained by the Ahmedabad authority. You can still see Gandhi’s personals here like round eyeglasses, letters, wooden shoes, and books. 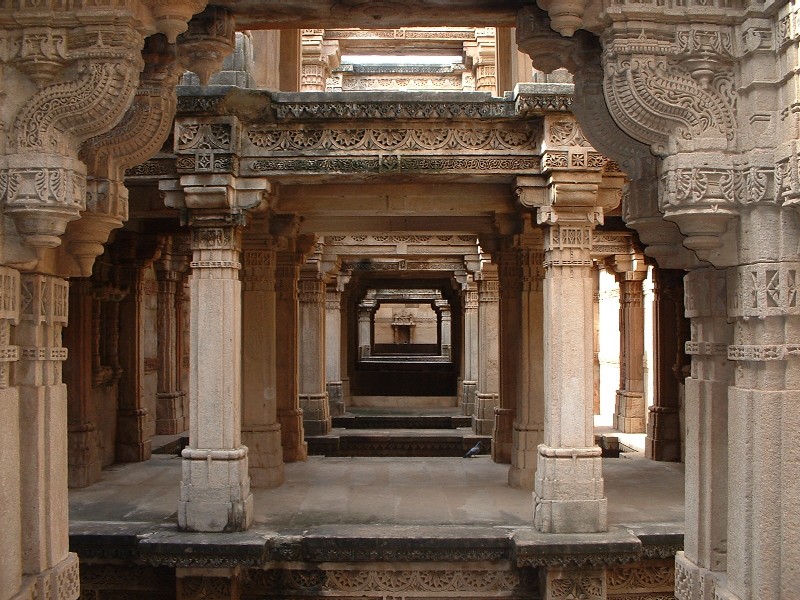 Adalaj Step Well was built in 1499 by a Muslim king. The structure is a complex carved water reservoir having 5 stories in depth. The architecture was built in the Hindu Solanki architectural style and is octagonal from the top. It is one of the best sample of Persian-Muslim altered architecture hybrid with the Hindu architecture with its sculptures, carvings and the inscriptions that represent the story of its origin. 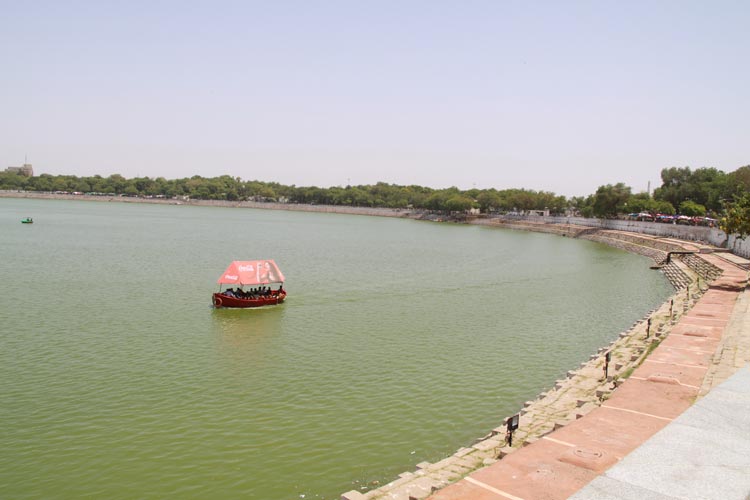 The largest man-made lake in Ahmedabad, built in the 15th century by Sultan Qutbuddin(Muslim ruler). Kankaria Lake is spread over 3 miles & built in polygonal shape from 34 sides. There are steps along the corners that lead into the water. Every year in the last week of december, Kankaria Carnival held over there and that is the best suitable time to visit there.

Also called as the Sidi Bashar Mosque, as the name suggests the structure is has its vibrating minarets. The mosque was established by Muhammad Begada in the year 1452 AD. Like the other architecture monuments in Ahmedabad, the mosque is built in sandstone with complex carvings. The construction contains 2 minarets which vibrate with even the gentlest shake. The passageway, however, stays free from the vibration.