Here are some ideas of places where you can celebrate the festivity of Mahashivaratri.

Varanasi, The spiritual capital of India, has one of the most important Shiva temples in the country and hence it’s quite natural that Maha Shivaratri is celebrated in a grand way in Varanasi. Mahashivaratri in Varanasi sees more than a million Hindus from all over India come to the famous Shiva temple and preform rituals.

The wedding procession of Shiva

In Varanasi, several temples organize a wedding baaraat where a lot of people play the role of different Gods and Goddesses. The preparation starts early in the morning with the committee choosing the right character for the parade. After the preparation, a parade starts which goes in southern part of the city and finally ends at the Tilbhandeshwar temple where it typically starts from. The procession lasts roughly about 5 hours and it is celebrated with loud music in the background and people consuming Bhaang (a form of marijuana legal and common in Varanasi) and dancing in the procession. As marijuana is considered as the blessing of Lord Shiva, a lot of people do it here for religious reasons. After the procession, everyone returns back to the temple, offers their prayers and perform rituals.

The land of Yogis, Haridwar is another good place for Mahashivaratri and it is famous for its temples and ghats where pilgrims bathe to relieve themselves of their sins. A lot of pilgrims flock to Haridwar to take a dip in the Har Ki Pauri.

Apart from this, tourists can also visit various other temples, enjoy cafes in Rishikesh, take a walk on the Lakshman Jhula and enjoy river rafting in Rishikesh. A lot of adventure activities are also popular in Rishikesh including Bungee Jumping. 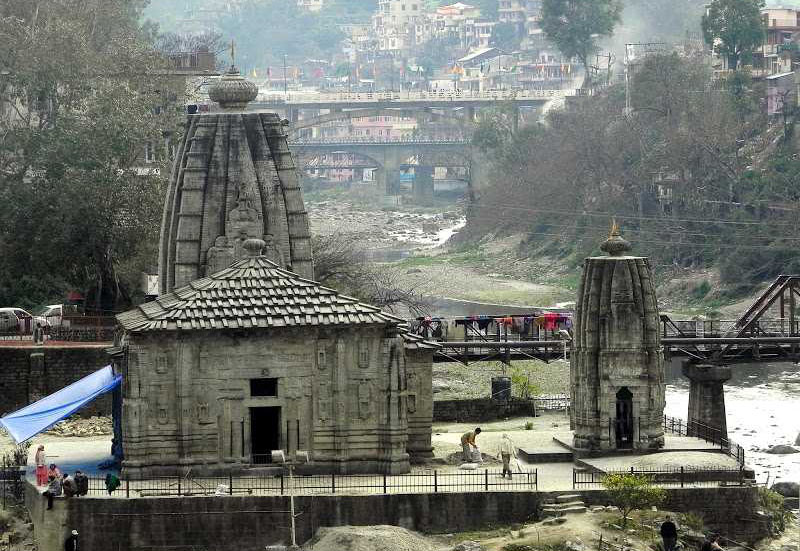 The Temple of Bhootnath at Mandi in Himachal Pradesh is said to host the biggest Shivaratri Celebration in the country. The royal family of Mandi started the tradition some 500 years ago and now a week-long International Mandi Shivratri Fair is held here every year and it attracts a lot of tourists from all over the country and even abroad. Every year on Shivratri Festival, the Governor of the state leads a Shobha Yatra at a function inaugurated by the Chief Minister.

Shivaratri is celebrated with religious fervour in the state of Madhya Pradesh. As a tradition, people in Madhya Pradesh take a holy dip in Sagar tank on the occasion of Mahashivaratri in Khajuraho. Bundelkhand Region, which has a stronghold of Shaivites hosts the biggest Shivaratri celebrations in the state. A large number of Lord Shiva devotees flock the Matangeshwar Temple and worship throughout the night.

The highpoint of the Shivaratri celebrations at the Matangeshwar Temple is the 10-day-long fair that witness the participation of traders, peddlers and gipsies from other parts of the state. Display of traditional fare and a variety of handicrafts besides the rural circus show, magic shows, folk theatre, and merry-go-rounds add to the excitement.

Shivaratri celebration at Lokanath Temple, Puri is also quite popular. According to a legend popular in Orissa, long ago, Puri was a centre of Shiva worship. The story goes, Lord Ramachandra himself installed the Lingam in the Lokanath Temple. This lingam is kept submerged, in a vat of water. It can only be seen on Pankodhar Ekadasi, before Shivaratri, when the water is removed from the vat. On that day, thousands of devotees come for a darshan.