Golden Temple is a very popular tourist destination in India as well as abroad. It has been always a point of attraction for travelers from India as well from abroad. The Temple is the Pride & soul of Sikhs and located in Amritsar, Punjab. The golden body of the temple and myths associated with it makes this place more delightful and religious. Devotees from different religions and caste visit here in search of infinite bliss. You will be amazed seeing the respectful nature of the people and deep-rooted beliefs of Sikhs towards their religion.

There are many other eye-catching tourist places in the city of Amritsar.  Akal Takht, Sikh Parliament, Durgiana Temple are the places which every enthusiastic traveler would love to visit and explore along with Golden Temple. So, let us discuss in detail what all you can see in Amritsar during your trip to Golden Temple. 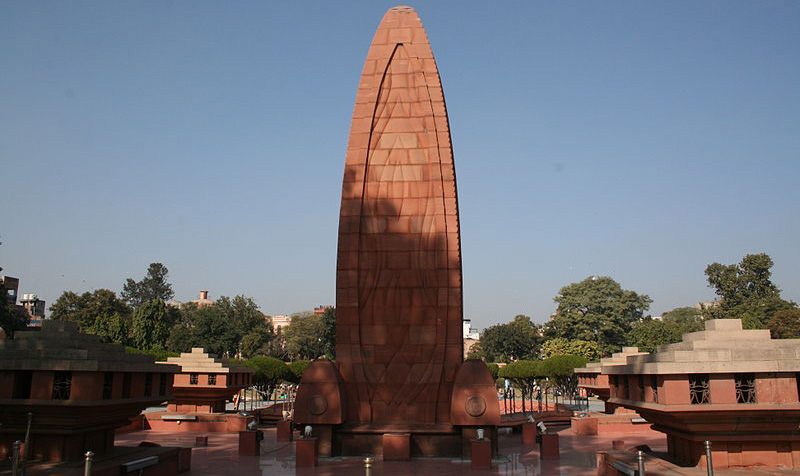 Jallianwala Bagh is the famous public ground where the monstrous act of public massacre was done by the British Army. It is located 1 Km from the Golden Temple. The monstrous incident happened in 13th April 1919, the British army brutally fired and as a result around 379 people were dead and around 1100 people left wounded. In 1951 a memorial was established to honour the massacre. Today a huge memorial stone is there, where every traveler pays his/her admiration.

Wagah Border is one of the must-visit tourist destination near Golden Temple in Amritsar. It is located at a distance of 30 Kms from Golden Temple. It is the only road border crossing between India and Pakistan. The ceremony of Beating Retreat and Change of Guard make this place highly nationalistic and full of enthusiasm. In the ceremony, soldiers of both the countries signify their expressions and nationalism towards the country. The entertainment ceremony implies the demonstration of extreme patriotic feel of India and Pakistan armies and people gathered here enjoy the exciting activity on either side of the border.

Durgiana temple is located one and a half kilometer from the Golden Temple and dedicated to Goddess Durga. Durgiana is a significant Hindu Temple built in 1908 by Harsai Mal Kapoor. The temple looks like replica of Golden Temple. Inside the temple, one can find the seats of Mata Shitla, Lord Hanuman, along with Lakshmi Narain.

Tarn Taran is a Sikh pilgrimage destination located around 22 km from the Golden Temple. The Gurudwara was built by the fifth Sikh Guru, Arjun Dev Ji and Sarovar (pond) located in this Gurudwara is believed to be largest in all the Sikh Holy places. Tarn Taran is a popular pilgrimage tourist destination in India and frequently visited by the travelers. Local devotees visit there on the day of Amavasya (New-Moon Day) of every month.

The place is dedicated to Maharaja Ranjit Singh, ‘the Lion of Punjab’, who emancipate a major Punjab from Mughals. The Museum is located in Lawrence Road, Company Bagh of Amritsar. The museum showcase the facts and activities associated with the Maharaja and his battles with enemies. The light and sound system inside the museum creates a real war feeling with the booming sound-effects.